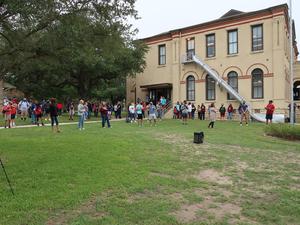 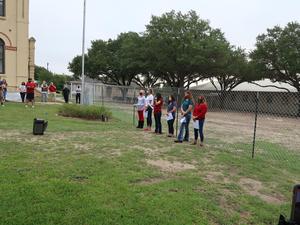 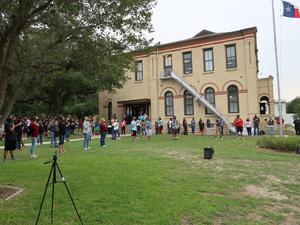 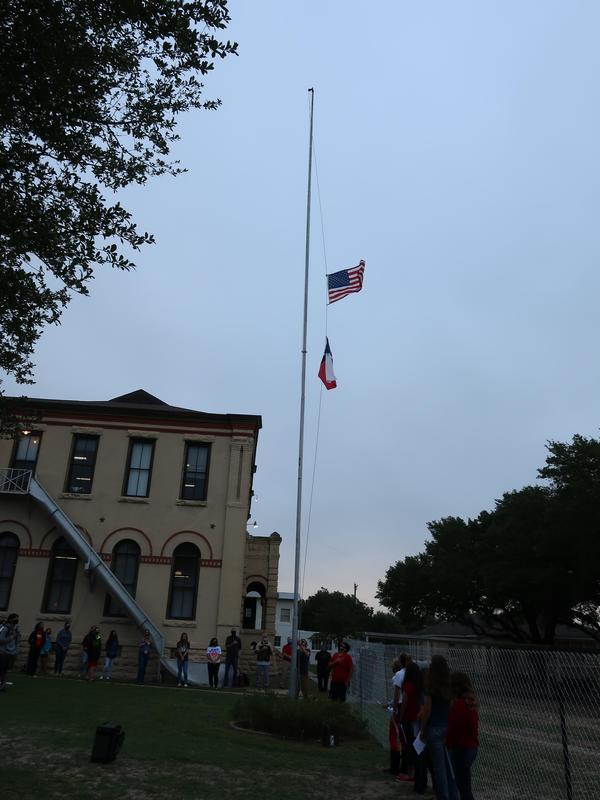 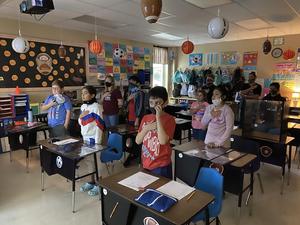 Student Council officers from Moulton High School, under the direction of Anna Bartos, gave a touching 9/11 memorial on the 19th anniversary of the tragedy that so profoundly affected our beloved country. Student Council President, Kamryn Darilek, introduced the program and explained why it is important to remember an event that occurred prior to the birth of virtually all of the student body. Tatum Langston, Vice President, led the assembly in a heart-felt Pledge of Allegiance. Kaitlyn Gallegos, Secretary, gave the invocation. Angelica Manzano, Historian, described, in detail, the events of this day in history. Cathy Wenske, Treasurer, recited the poem, September 11, 2001. Hope Kirkland, Reporter, thanked everyone for attending and for demonstrating their support for the families of those that were affected in the
moment and for years to come. It is the hope of the MISD staff and students that not only do we pay tribute to those involved that day, including those who lost their lives, emergency personnel, firemen, and families of all involved, but also that we demonstrate oneness in the face of adversity.